There is something going on in the world of children’s publishing and in the case of BLUEBIRD it is breathtaking. Wordless books exploring big heady topics — the nature of true friendship, selflessness, loneliness, longing, death, hope — have been finding their way to our tepee over the past few months. It started with Shaun Tan’s Rules of Summer, followed by JonArno Lawson and Sydney Smith’s Sidewalk Flowers (see separate reviews of both) and now BLUEBIRD. These books require time and conversation. They are emotion filled and dark at times but are ultimately works of exquisite beauty. Prepare to have your socks knocked off. Wordless equals powerful.

Bluebird charts the growth of a friendship between a bullied schoolboy and a little bird. Set in a strongly geometric, New York City landscape of blue and grey, the bird slowly gains the boy’s trust, singing and mucking around, offering companionship when the boy is teased and ignored by the children around him. The boy and his bird spend a glorious afternoon in Central Park — the bird even helps the shy boy befriend some children at the boating pond — but the story turns dark as our pair enter a wooded area where some baddies lurk. The meaning of the book’s end is up for debate but what one is left with is a feeling of love and hope and the knowledge that a true sacrifice has been made for friendship. 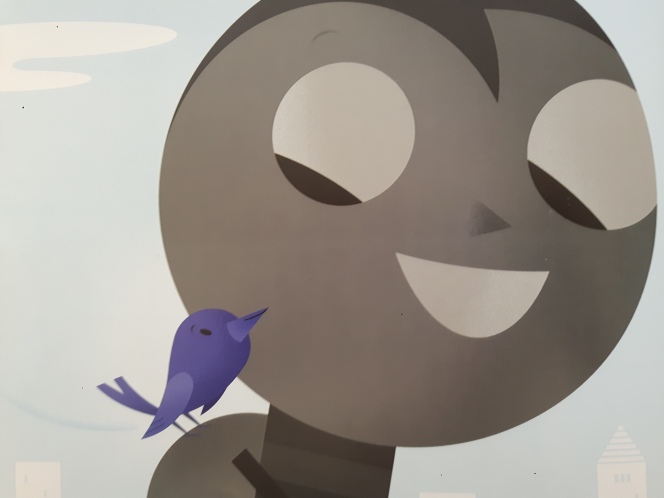 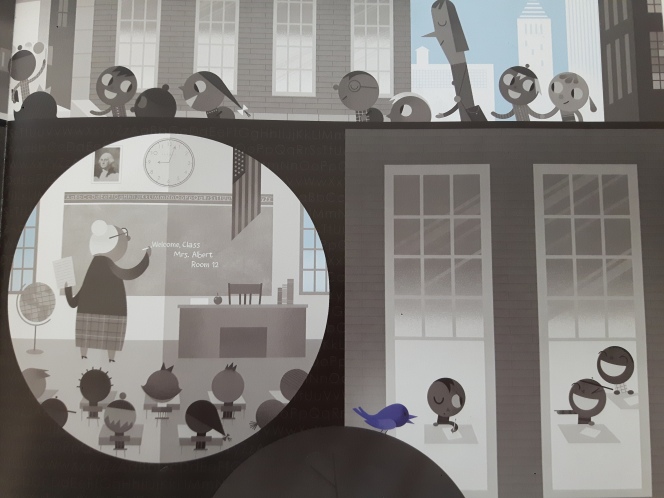