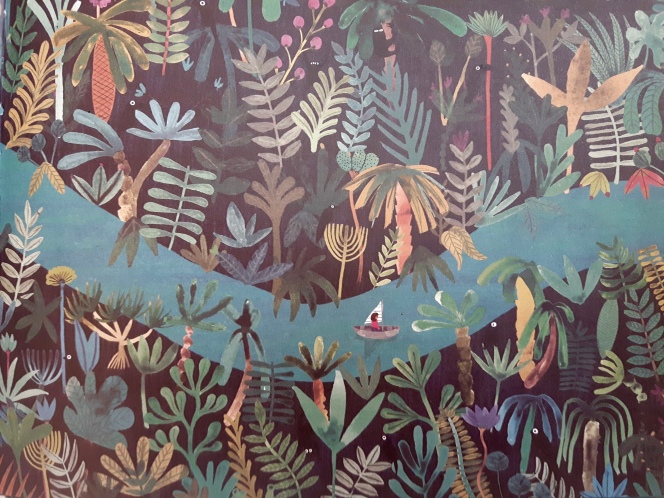 I had never seen a picture book like it. A River was the lushest children’s book I had ever seen. It took me by surprise, dipped me, then kissed me full on the mouth. It was a little bit Conrad, a little bit Munari and had bags and bags of something uniquely, beautifully its own. “Who made this?” I thought to myself, before quickly having to put the book down and chase after my daughter, who had made a break for the teen section and was pulling YA novels of the library shelves one by one.

Marc Martin, to answer my own question, is the author/illustrator of A River, The Curious Explorer’s Illustrated Guide to Exotic Animals A to Z, A Forest, Max and most recently, Lots (don’t get me started on this book – it is everything). He is also the fourth author/illustrator in our series of interviews jointly featured on Two in a Tepee and the KidLit TV website. Based in Melbourne, Australia, Marc is seriously influenced by the natural world. I could not wait to speak to him about the book that helped to kick off his lifetime fascination with the environment. 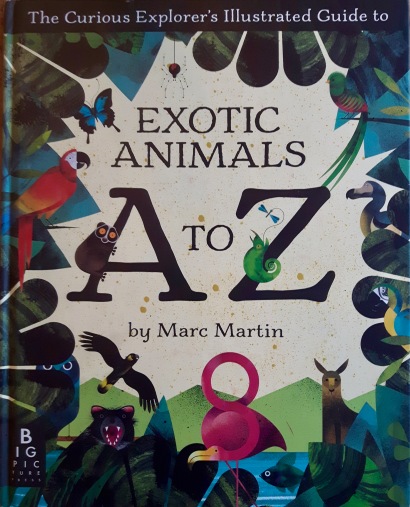 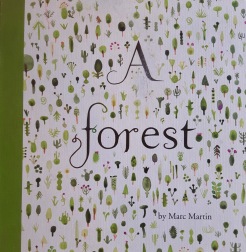 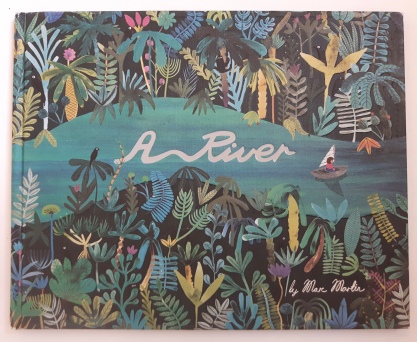 TiaT: Thanks for joining us, Marc. By now, you must know the drill — can you start by telling us whether there was a particular picture book that had a strong impact on you as a child? 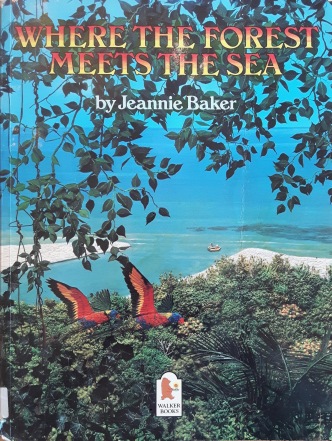 MM: Where the Forest Meets the Sea by Jeannie Baker. It’s the story of a young boy who goes on a boating adventure with his father in the Daintree Rainforest [on the northeast coast of Queensland, Australia].

TiaT: Did you have a strong interest in picture books when you were a kid?

MM: As a child, not really. There were a few that stood out, like Where the Wild Things Are by Maurice Sendak, and Animalia and The Eleventh Hour by Graeme Base, but generally I was more interested in riding my bike and doing things that were more active. It wasn’t until I started my career as an illustrator that I developed a strong interest in picture books – purely from a professional point of view of course!

TiaT: So, what was it about Where the Forest Meets the Sea that was able to grab your attention at that time? 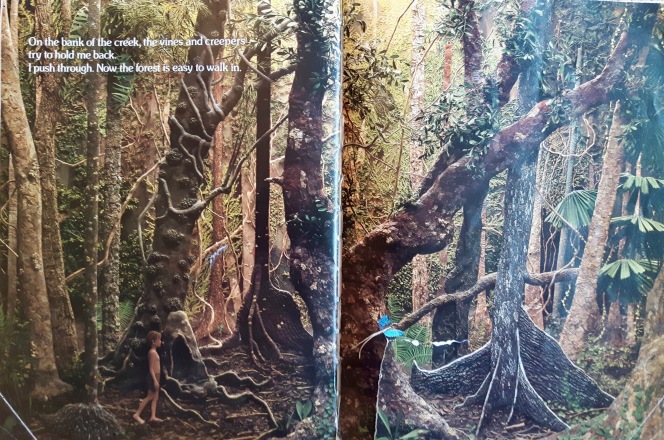 MM: I just loved how detailed and lush the illustrations were. Each page was illustrated using mixed media collage – clay, leaves, paint, sticks, soil and other found materials were blended together to create rich and captivating landscapes that made you want to keep pouring over each scene.

TiaT: Can you think back to any specific spreads in the book that really wowed you?

MM: The ending was particularly memorable as it questioned whether or not the forest would still exist in the future. At the time it made me realise the importance of conservation.

TiaT: Do you remember who introduced you to Where the Forest Meets the Sea?

MM: A teacher at school read the book to our class.

TiaT: Were you a big reader as a child?

MM: Not particularly. My main past-time as a child was playing with Lego – I was interested in building things and seeing what fantastical spaceships I could create. I always made sure that the colours on my spaceships matched up – so I definitely had a design sensibility, which later manifested itself in my illustration work.

TiaT: How then do you think this book impacted you? 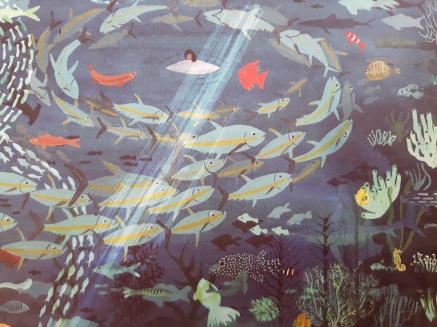 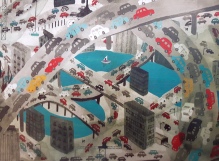 MM: I think the environmental message has always stayed with me and made me aware of the importance of having meaning and purpose within the books that I make.

Most people live in urban areas where there’s no connection to land or environment – we often detach ourselves from nature and tend to describe the natural world as ’the wilderness’, as if it’s something that’s apart from the world we live in. I think it’s important to remind people that we’re part of the natural world, that we’re part of an interdependent ecosystem of living things – so that’s what I try to do with some of my books.

TiaT: Do you think then you could say this book helped to shape your personal style as an author/illustrator?

MM: Perhaps – my illustrations tend to be quite busy and full of things to find, much like Jeannie Baker’s illustrations. 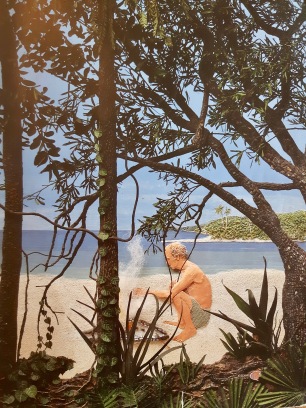 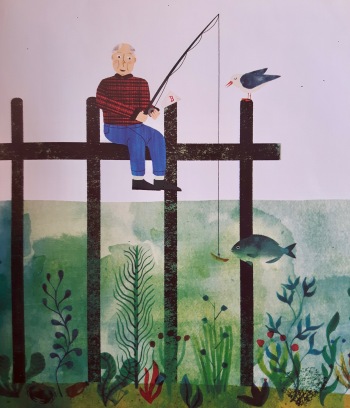 TiaT: Can you tell us a little bit about your process for creating picture books?

MM: My process for making a picture book always starts with some quick concept sketches and few notes. A lot of the time I’ll have the title of the book already chosen, as well as few key images in my head that I’ll quickly jot down. I then go away and develop these images and ideas into a fully formed concept or narrative, which I’ll plot out on a storyboard. A storyboard really helps to solidify a book as it allows you to see the overall narrative arc and how the story is working across each page – does it need more space, more words, more illustrations, fewer pages – all these questions tend to get solved at the storyboarding stage.

Once I’ve completed the storyboard, I’ll move onto draft sketches of each page. This usually consists of fairly detailed pencil roughs, which are slowly developed into a final illustration. Once the pencil roughs feel close to what I want, I’ll start colouring using a combination of gouache, watercolour, coloured pencil to get the desired effect.

I’ll then usually move the illustrations onto the computer, which allows me to move things around and make any last minute changes before the book gets sent off the printer! It’s really important in my process to try and do as much as possible by hand – I think it adds warmth and authenticity to the illustrations, and people like to be able to see that human touch on things. Much like the way I connected with the illustrations in Where the Forest Meets the Sea, it was being able to see that someone had made the pictures using found objects and collage with their hands that made me feel connected to the book – something I always think about when creating my own work.

TiaT: Is there a picture book you have seen recently that knocked your socks off that you would recommend to young readers?

MM: Du Iz Tak by Carson Ellis is incredibly original and fun to read aloud. It’s the story of lifecycle within a microcosm, marrying humour, beautiful illustrations and a profound message.

TiaT: OK, Marc. Just between us, what are you working on at the moment?

MM: I’m working on a couple of books at the moment. I don’t want to give too much away, but both books are completely different from each other. One book is about for younger readers and focuses on imagination and the possibilities found at the top of a ladder, and the other is a creative non-fiction based on the true story of a ship-wrecked cabin boy. You’ll just have to stay tuned for more details!